There are so many social media platforms now it’s hard to keep up sometimes. Personally, I prefer LinkedIn and Twitter to connect with my clients because that’s where my audience lives.

These are simply the top platforms for authors, writers, entrepreneurs, and small business to connect with their audience, readers, customers and clients, with Instagram being third on my list.

And, if you’ve ever read submission guidelines from agents and publishers, you know that they often want you to have 10-15K followers and they’ll definitely be more interested in looking at your manuscript when you already have a large, engaged audience on your platform.

But, getting that many followers on Twitter to attract agents or publishers and make an impact and reach your audience is difficult. It can take ages to build your audience to that level.

I’ll let you in on a little secret though – there isn’t a better time to start your marketing efforts on Twitter. Because we have Owlead, which is one of the easiest apps to use for getting real Twitter followers and building your audience and business with little effort.

Not only is Owlead the best Twitter growth service and super easy to use, but you also have the option to build your audience quickly within just a few months, moderately, or take a longer time and build gradually. 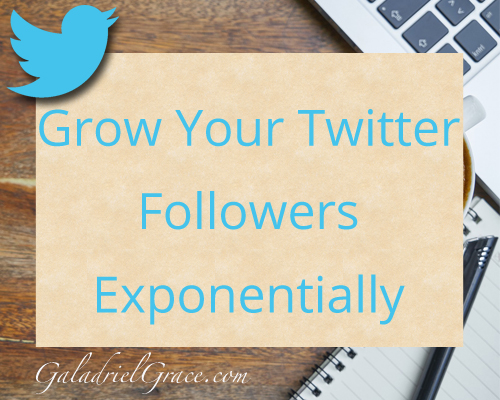 I’ve been using Owlead for a couple months now and I’ve been thoroughly impressed. I was so excited with how well it’s was working right away that I began spending more time on Twitter, further building my audience through engagement.

About a month ago, I had a wedding to attend 300 miles away, and when I came back, spent a couple weeks being terribly sick. The whole time, in the back of my mind, I worried that I wasn’t making progress with my Twitter account. I wasn’t able to tweak my account or remove my unwanted unfollowers, but as it turned out, my followers were continuing to grow without me and my unwanted unfollowers were being systematically removed by Owlead.

At the moment, here is my account as it stands while I write this:

That’s almost 2000 new followers in about 6 weeks, and that’s without making any adjustments in 3 weeks. On their site they suggest that you can expect 600-900 new followers per month, so I’d say it’s doing pretty well and delivering way more than promised.

Here’s a view of my followers which shows the ones I gained with and without Owlead:

One of the other useful things you get with your Owlead account is an in-depth analytics tool which shows the gender, interests, countries, language, and quality of your followers.

Here’s a look at mine right now: I think my favorite there in the interest keyword section is “lover” – wonder what that one means? I’m going to assume it’s from bios that contain things like “book lover” or “cat lover”. 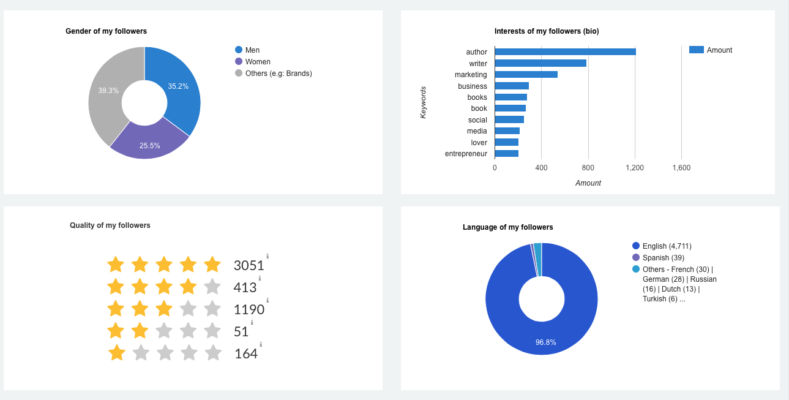 Also it’s neat to see that not only am I getting real Twitter followers, but they aren’t junk, they’re real people with high quality accounts.

Check out the 10-Day Free Trial, where you don’t even need to add your credit card info, and when you do, be sure to sign-up for the Free 7-Day Twitter Crash Course!